This 25 year old subject reports approximately 10 concussions with escalating quality of life challenges starting at age 14.  This subject completed a series of 3 training sessions using LiveO2 over a period of 5 weeks.  CNS panels show progressive improvement in brain function at each test eventually improving from 1 to 8 tests above average.  Subject illustrates improvements in neurological fluidity with guitar improvisation in video.  Subject reported lasting cessation of night terrors by second training, restoration of memory, and resolution of depression. 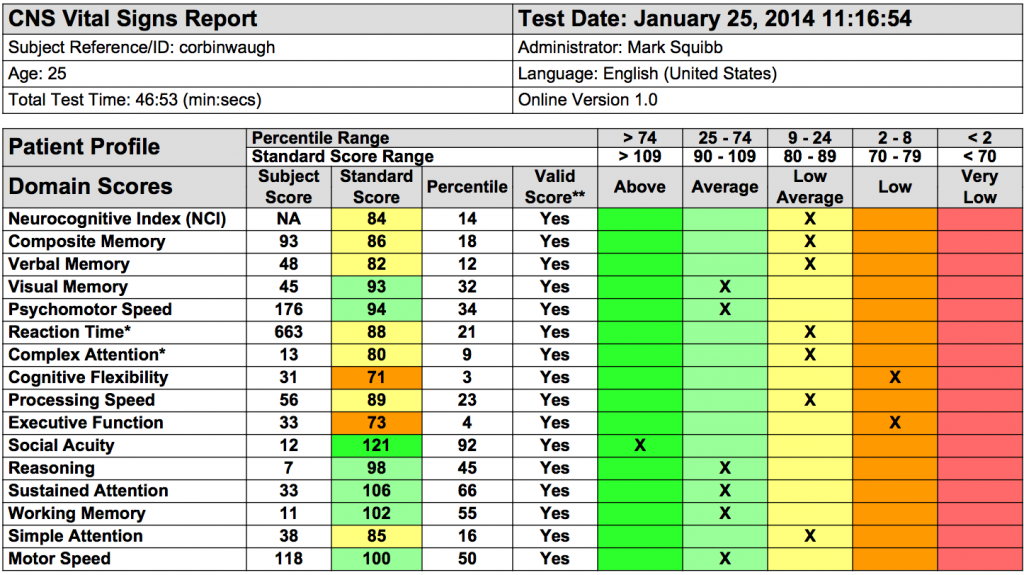 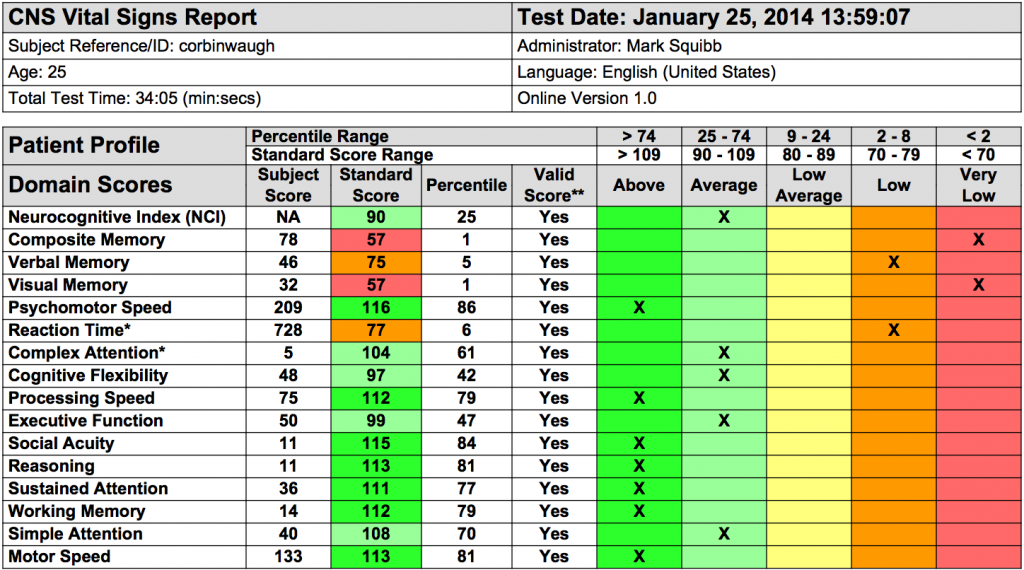 Note: The low scores on visual and auditory memory tests reflect administration error. These tests should have been omitted from the second test because there was not enough time between the tests for subjects to “forget” the first test. Confusion between test sets causes the second score to be artificially low. There was only 2 hours between the tests.

Note the dramatic increase in above average scores.
Quality of Life Report 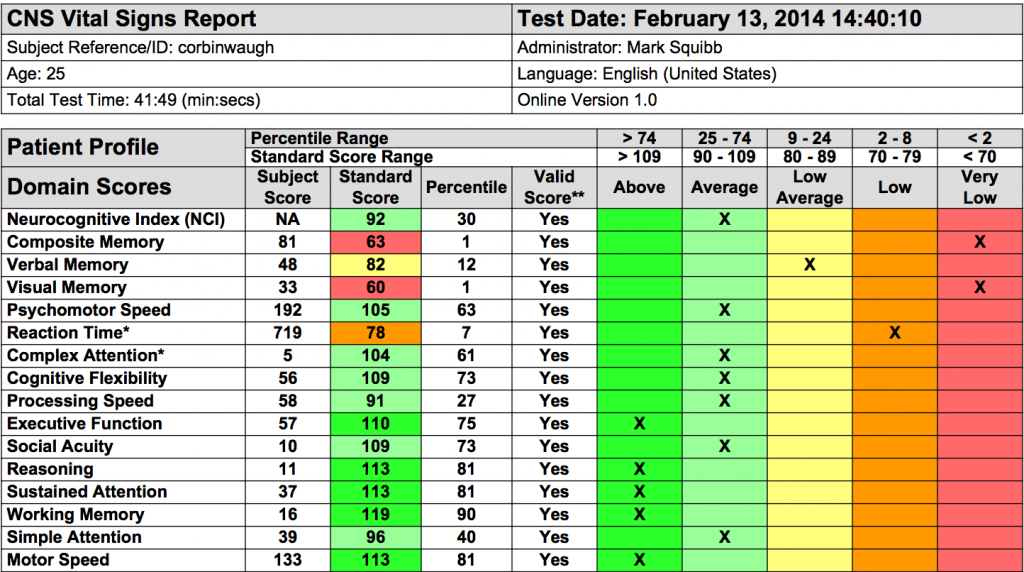 Notes:  The majority of the scores that improved persisted after 3 weeks.  The decrease in visual and composite memory likely reflects unresolved trauma in the corresponding brain areas. 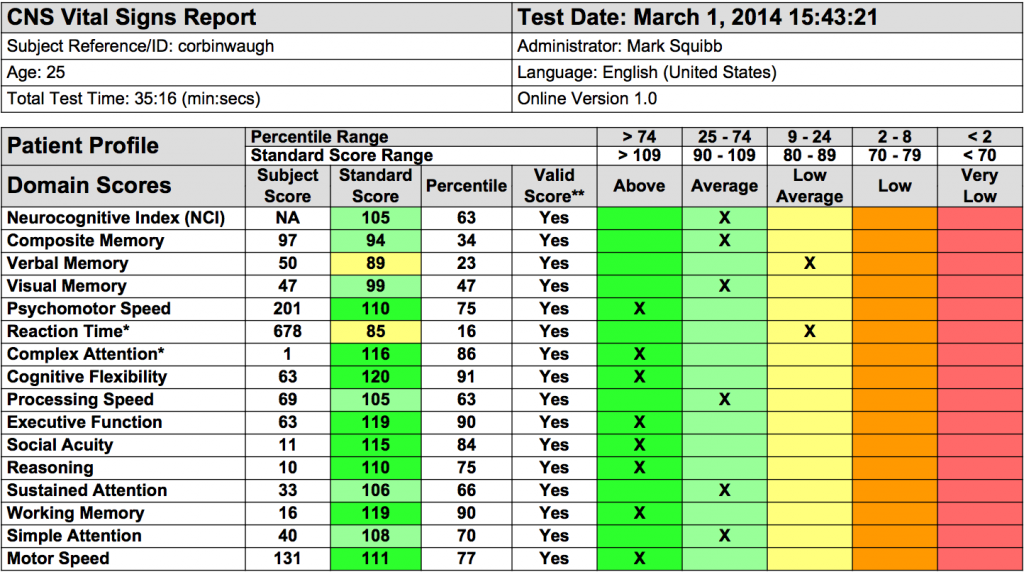 Notes:  Across the board improvement showing 8 areas of above average performance.  Exemplary performance in complex attention, scoring in the top 1%, up from low average in the initial panel.

Do NOT follow this link or you will be banned from the site!